Different collagen producers use different types of collagen sources in their additives, which we discussed in the section “Collagen or the protein of youth – who needs it and why”. However, it is a collagen of marine origin that is becoming increasingly popular among enlightened users. Let’s consider in more detail the question, why for the best effect of rejuvenation the organism needs marine or fish collagen in particular?

The history of the collagen production began with animal collagen, which is much easier to obtain than from fish. Entered the market a way long before fish collagen, animal origin collagen, had no substitutes, so the first customers were obtained easily. However, with the development of industrial production of marine collagen, its undeniable advantages over animal collagen became apparent. The fact is that the size of animal collagen molecules is much larger than that of fish, making it difficult to penetrate deep into the skin. Of course, where collagen is needed to simply indicate on the label that it is available, for example in cosmetics, its use is justified. Why to pay more when cosmetics only have a superficial effect on the skin? However, for an effective rejuvenating effect on the body, collagen molecules must be built into the structures of the human body, and here the animal collagen works much worse than the fish origin collagen.

Fish collagen in its biochemical composition is almost identical to human own collagen, which makes its incorporation into human proteins structure almost natural. Imagine a children’s game in which the cubes should be embedded in the grooves suitable for them. If the cube is three times larger than the groove, as in the case of animal collagen, you are unlikely to be able to embed it there. Conversely, the right size cube will easily fit into the grooves. By analogy, marine collagen, which has absolutely correct size (low molecular weight), can be easily integrated into human protein structures.

In addition, despite the fact that both animal and fish collagen have the same set of amino acids, they differ in the number of individual amino acids, which makes the structure and properties of marine collagen several times more useful than the animal. Small amounts of amino acids such as hydroxyproline, proline, glycine, serine, tyrosine, alanine, glutamic and asparagic acids, which are necessary to help start the collagen synthesis process in the body, are contained in increased amounts in fish collagen.

Laboratory studies of animal and fish origin collagens have revealed a beneficial difference towards marine origin in the amino acid composition, structure, and size of molecules, which makes it much more effective for the consumption. The conclusion is clear: fish collagen launches natural processes of own collagen formation in the body much faster and more effectively than its animal analogue.

In addition, numerous studies have shown that fish collagen of the high-quality benchmark, which has passed through the ultra-filtration purification stage causes less allergic reactions in humans, subject to allergies of all kinds. In addition, no animal diseases, like cattle foot-and-mouth disease or rabies cow disease, are not transmitted to the consumer with the fish collagen for sure, and furthermore, there are no diseases, which may be transmitted from fish to the human transmitted at all.

Of course, the taste of micro granulated powder of fish collagen Col Du Marine, which has passed 4 stages of purification, including ultra and nano-filtration has no single trace of fish, so in this regard, Col Du Marine is the best choice for those who do not tolerate seafood and its common flavor. It is also important that fish collagen is extremely well suited for religious people, who are forbidden to use pork in the food, which is often used as a source to derive animal origin collagen. 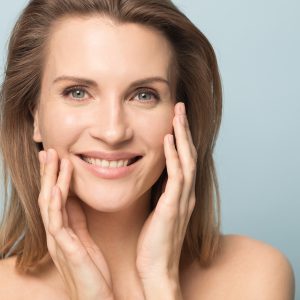 WHAT IS COLLAGEN MADE OF AND HOW TO STIMULATE ITS PRODUCTION: A SHORT OVERVIEW